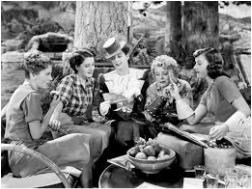 France/Belgium 2003 Colour Drama 102 minutes
USA 1939 Drama / Comedy 113 min
Dir: George Cukor Stars: Norma Shearer, Joan Crawford, Rosalind Russell
The ultimate women’s movie of the 1930s
and a treat from start to finish, the remarkable
all-female cast argue, gossip and bitch about each other at astonishing breakneck speed throughout the film as nice girl Mary learns that her husband is in the sights of scheming shopgirl Crystal

TEN (PG)
France / Iran 2002 Drama 94 minutes (PG) Dir: Abbas Kiarostami
Stars: Mania Akbari, Amin Maher, Kamran Adl
Ten, the latest film by Iranian master
filmmaker Abbas Kiarostami, focuses on ten conversations between a female driver in Tehran and the passengers in
her car. Her exchanges with her young son, a jilted bride, a prostitute, a women on her way to prayer and others, shed light on the lives and emotions of these women whose voices are seldom heard. 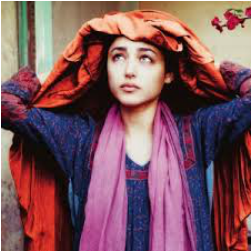 Afghanistan 2013 Drama 102 minutes (M)
Dir: Atiq Rahimi Stars: Golshifteh Farahani, Hamid Djavadan, Hassina Burgan
Somewhere, in a nameless country torn apart by war, a young woman cares for her tyrannical husband who is in a persistent vegetative state. Despite the crushing burden, she has a euphoric kind of freedom in speaking her mind to him. This film is by turns mysterious, moving, shocking and explicit and its final moments have overwhelming force. 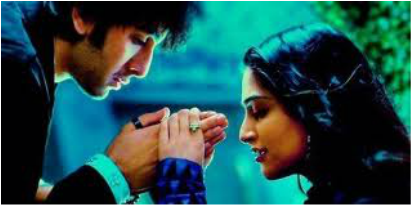 India 2007 Romance 142 minutes (PG)
Dir: Sanjay Leela Bhansali Stars:Ranbir Kapoor, Sonam Kapoor, Salman Khan
Two souls arrive in a small town, one on vacation, the other to meet a lover. They spend the most magical dream-like days of their lives in that town... with each other.